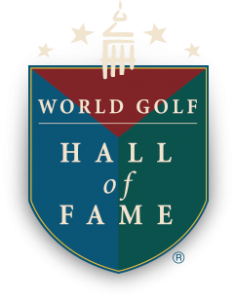 “Each of these individuals has made a lasting imprint on the sport,” Finchem said. “Their contributions to the game make them richly deserving of this special honor.”

The 2004 World Golf Hall of Fame Induction Ceremony will take place on Monday, Nov. 15 and will air on The Golf Channel.

“We look forward to welcoming these individuals into the World Golf Hall of Fame this November, where they will be recognized and celebrated among the game’s greatest players and contributors for years to come,” said Jack Peter, Chief Operating Officer of the Hall of Fame.

Elected on the International ballot, Aoki will become the second Japanese member of the Hall of Fame. Capturing 73 career victories, including 56 on his home circuit in Japan, Aoki is the only Japanese player to have won on six different tours: PGA TOUR, Champions Tour, Japan Golf Tour, Japan Senior Tour, PGA European Tour and PGA Tour of Australasia. He was Japan’s leading money winner five times and his 1983 Hawaiian Open victory – secured when he holed a 128-yard wedge shot for eagle-3 on the final hole – was the first PGA TOUR win by a Japanese player. Aoki finished second at the 1980 U.S. Open and is a four-time winner of the Japan Senior Open. He is the winner of nine Champions Tour titles.

Elected on the PGA TOUR ballot, Tom Kite, a native of Austin, Texas, has 19 PGA TOUR victories, including the 1992 U.S. Open and 1989 PLAYERS Championship. Seventeen of his 19 TOUR titles came between 1981 and 1993, and he has captured six Champions Tour titles, including the 2000 JELD-WEN Tradition. Kite has been a member of seven U.S. Ryder Cup teams and was Team Captain in 1997. He was the recipient of the USGA’s Bob Jones award in 1979.

Charlie Sifford was selected in the Lifetime Achievement category. Raised in Charlotte, NC, he was instrumental in breaking the race barrier in professional golf when he became the first African-American to play full-time on the PGA TOUR in 1961. Sifford won two PGA TOUR tournaments: the 1967 Greater Hartford Open and the 1969 Los Angeles Open. He won the 1975 PGA Seniors’ Championship and in 1980, as an original member of the Champions Tour, won the Suntree Classic. With Hall of Fame member Roberto DeVicenzo, he won three Legendary Division titles at Liberty Mutual Legends of Golf.

In addition to featuring this year’s class, the 2004 World Golf Hall of Fame Induction Ceremony will provide a look back at first class inducted in 1974, including a tribute to Arnold Palmer. Exhibits that recognize the personal and professional achievements of the inductees will open in the Hall of Fame that day, as will an exhibit chronicling Palmer’s life and career.